People don’t really worry about climate change because it’s too overwhelming and we’re already in too deep. It’s like if you owe your friend Ksh. 1,000, you’re like, ‘OK, I’ve got to pay this dude back.’ But if you owe your friend Ksh. 1 million shillings, you’re like, ‘I guess I’m just going to die. Honestly, you don’t have to be a climate denier to be, in the end, indifferent to the issue. 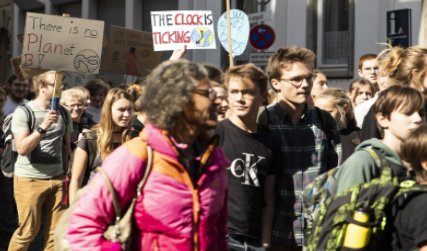 As the climate crisis becomes more serious, people remain resistant to comprehensive action on climate change. Soon, the whole globe will become too hot for human habitation and those left behind will die of heat. Diseases will increase and mutate. Food shortages will become chronic as we fail to

move agriculture from one climate to another. African countries like Kenya, Uganda, Somalia and parts of other countries like Bangladesh will be underwater. Shortages of fresh water will affect humans and agriculture. The oceans will die, the air will get dirtier. Honestly, what lies between us and extinction is horrifying. That’s because, as climate change takes its toll on Earth’s physical planet, it will also cause social, economic, and political chaos as refugees flee areas that can no longer sustain them. If this prediction seems a bit extreme, all we have to do is look at recent weather events that keep breaking records to confront the possibility that the threat from climate change may indeed be existential.

Yet, in spite of the evidence at hand, climate change remains the toughest, most intractable political issue we, as a society, have ever faced. This is not to say that there hasn’t been progress. As scientific evidence about the causes of climate change has mounted and as a consensus has evolved in the scientific community, the public has remained divided and large, important parts of the political class have been indifferent. During the previous years, but especially in the most recent decade, about a third to almost half of the public believes that the seriousness of global warming is generally exaggerated. The public resistance on this issue is one but not the only reason why, in the face of mounting evidence, majority of our leaders remain lukewarm on this existential issue. 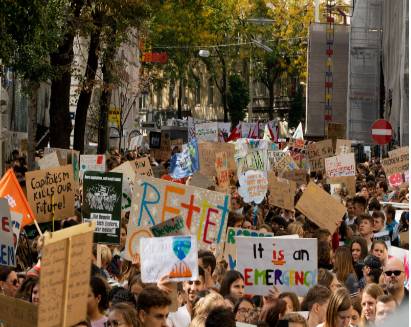 The dire warnings, the scientific consensus, and the death toll from unprecedented climate events have failed to move our governments and leadership administrations very much. Again, if you ask me what I think is the most important problem facing our country today? Clearly its Climate Change and plastic pollution. Lack of jobs, thriving economy, and health care are often at the top of the list. “Environment/pollution and Climate Change” is not often mentioned.

Why can’t we get our heads around this?

Given the severity of the climate crisis and the potential for existential damage to the human race and planet, the lack of intensity around the issue is simultaneously incomprehensible and totally understandable. So let’s look at the latter.

Our increasingly hot summers drive the demand for air conditioning. However, air conditioning adds to the heat outside. Scientists estimate that under a realistic set of circumstances, “waste heat from air conditioners exacerbated the heat island effect, the phenomenon in which densely packed cities experience higher temperatures than similarly situated rural areas.” Air conditioning could add as much as 1 degree Celsius to the heat of a city. Which one of us, however, would voluntarily turn off their air conditioning knowing full well that hundreds of thousands of other “free riders” would not? This is just one simplified version of the collective action problem. People may understand that they should act in a certain way for the greater good, but as individuals, they are to turn off their air conditioning or stop flying places for vacations knowing that others will not be joining them. This is why the government is the most frequent solution to collective action problems. Combating climate change requires collective action on many fronts, and it requires collective action both nationally and internationally. But this is extremely difficult in many countries, which face strong individualist traditions in the culture along with a lack of trust in government.

It is important to be able to tell a story, we learn best through stories. To see that this is so, we need only glance through the pages of a few highly regarded literary book reviews, for example, The Bigger Picture by Vanessa Nakate. When the subject of climate change occurs in these publications, it is almost always in relation to nonfiction; novels and short stories are very rarely to be glimpsed within this horizon. Indeed, it could even be said that fiction that deals with climate change is almost by definition not of the kind that is taken seriously by serious literary journals. The absence of climate change from novels means that it is also absent from movies and television–the great powerful purveyors of stories in our time. One can’t underestimate the power of fiction in shaping society’s attitudes.

We have trouble imagining the potential devastation of climate change. We have trouble trusting governments to lead us into much needed collective action. We have trouble understanding the causality in the first place. How can we fix this? And can we fix this in time to avoid the most severe consequences of climate change? Again, awareness without the ability to hold corporations, countries, and individuals accountable will not result in major action on environmental issues. But measurement and accountability without an understanding of the connections between a warmer planet and dangerous climate changes will not result in major action either. 2022 is here, another year, another new chance to make things right, another opportunity to fight for our environment and Climate Justice. No more BLAH! BLAH! BLAH!